Gender in the Workplace

Gender diversity within the workplace through the eyes of a gender studies student.

Reading the title, you might think that this will be an opinion piece from the perspective of a young female, ranting about how there need to be more females in senior positions with equal pay. Whilst I agree that equal pay needs to be universal and women should be in high positions, it is not the aim of this post. The focus of this blog will be to talk about the need for female empowerment, the generational differences of gender diversity within my family, and my hopes for the future of gender diversity within the workplace. I must bring to light that I am a nearly 21 year old female student who has not had significant experience in the workplace. The following blog represents my own opinions and feelings based on my limited experience and my own research that I have done.

For gender diversity to be successful within the workplace, empowerment of females needs to be supported, not only by men, but by other women. When a woman is promoted into a more senior role (such as a becoming a partner or director on a board), the first response often is, “it’s because she’s female and they’re trying to up their female count”. Not only is this response often false and highly offensive, it continues to reinforce sexism within the workplace, ultimately devaluing the capabilities of intelligent and successful women. Gender diversity within the workplace is hindered by dominating males in senior roles who are afraid of the fact that women may be, and in fact are, capable of doing their jobs better than them. And yet we continue to live within a patriarchal society that limits women (especially young women) because it does not want to lose power. Gender diversity within the workplace is a crucial aspect of the bigger fight to achieve complete equality within society.

My limited experience within the workforce is based on my only two jobs. The first was as a crew member at McDonalds and the second is my current administration role at SKL. Within the current work environment at SKL, we have 7 team members, divided into 4 women and 3 men. There are junior women and men, just as there is a female director as well as a male one. In terms of gender diversity, SKL is doing well. When I worked at McDonalds as a crew member, the numbers were reasonably even in terms of junior staff. Upon reflection, I have realised that all the young females worked out the front with customers whilst the men were in the back making the food. When looking at higher management, there was most definitely a male domination, however measures were being put into place to have more crew trainers and managers who were female. 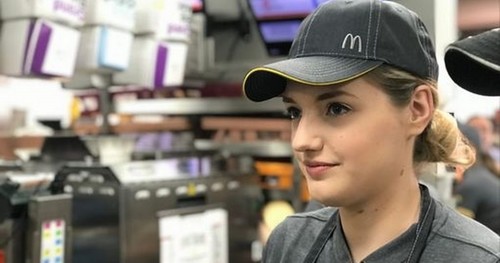 As of February 2018, “Women comprise 46.9% of all employed persons in Australia.” (ABS, 2018). At first glance this statistic is exciting, as it suggests that we are close to equality in the workplace. However, I feel that this assumption is dangerous. Another important aspect of gender diversity to note is the inclusiveness of ‘non-traditional’ women and men (an example being individuals who identify as transgender or genderqueer). Therefore, we need to ask whether the 46.9% is representative of all females?  What is the balance between low level roles and management? It is important that we get rid of the stereotypes surrounding what is considered a ‘female role’ and what is considered a ‘male role’. Men often turn out to be just as successful as teachers and nurses as women, just as women are excellent CEO’s and scientists. To achieve gender diversity within the workplace, we must break down barriers of traditional gender roles. 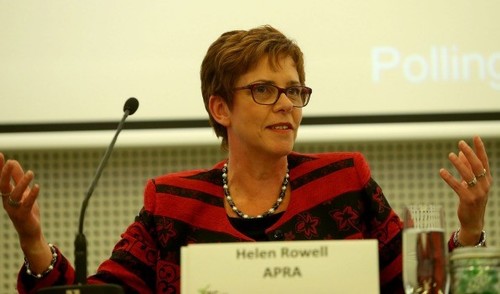 Despite the long journey ahead, it is also important to remember how far we have come. Reflecting on the careers of my grandmother and my mother, my grandmother worked as a secretary for most of her life, as well as being a full-time mother. During the time (the mid to late 20thC), the role of women was to look after the husband and the kids, and maybe have an administration role on the side to help financially. My mum was able to attend university and had significantly more freedom than my grandmother, however, that is not to say that it has been without challenges. Working as an actuary (and later managing a business), mum’s career has exceeded the dreams of many women within the early to mid-20th Century. Nevertheless, she has still had to battle with the constraints of society, which expected her to look after the house and children. However, an interesting shift occurred. Women were criticised for staying at home with the children instead of taking advantage of this new-found freedom, and yet when they took advantage, they were slandered for being terrible mothers and not caring about their children’s well-being. How does that work? I am sure that my career experience will be more flexible, with companies offering a better work-life balance and the prime responsibility no longer solely falling on the mother. Women must have the same chance to achieve their full potential as men do, and that is at the crux of gender diversity.

I want to end this blog by reflecting on my own views and where I hope the future is headed. In an ideal world, major change would happen within the next 10-20 years with gender diversity being an issue of the past. All inclusive workplaces would exist, with flexible work-life balance for families, and jobs being free from gender stereotyping. I know that this change is possible but achieving it may be a struggle. I want to leave you with the three things I would love to see happen/change in my lifetime.

Another great article on the topic of Gender Diversity is linked below. Leonie Tickle and Adam Butt discuss the importance of building a gender diverse profession and highlight ways that women can be attracted to and kept in the actuarial profession. 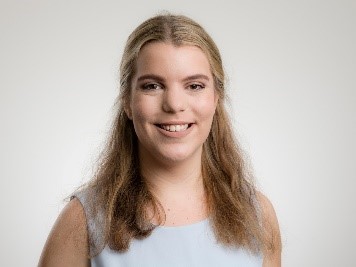 Nicola Lyon is currently studying a Bachelor of Arts, Majoring in Gender Studies at Sydney University. She currently works within office administration at SKL.