Working in Australia vs. the UK as an Actuary

They may be the opposite sides of the world to each other, but is working as an actuary in Australia compared to the UK really that different? Having worked in the UK for 10 years and then Australia for 8 years as an actuary I share some of my observations. Ignoring the obvious weather differences (the sun being the main reason I moved to Sydney) the two main differences that come to mind are the salaries and Christmas fancy dress parties!

Actuaries in Australia are paid more on average than in the UK and I definitely experienced that difference. According to the actuaries.org.uk website the average basic salary for an actuary is £51,594 (~$96k) and for a section manager/senior consultant it is £95,053 (~$177k). This does not include any employer pension (superannuation) contribution. Typically a company would give 15% pension contribution and offer to match up to an additional 5% that an employee may contribute. Whereas in Australia the SKL 2018 salary survey results show that an actuary 0-4 years’ post qualification earns on average $150k and an actuary with 8-10 years’ post qualification an average of $225k. This is base salary including the usual 9.5% super contribution but not bonus.

Other considerations are the extras and deductions to the gross salary. The UK income tax rates are more favourable than the Australian ones but once the compulsory UK National Insurance contributions are also taken into account than total deductions are less in Australia. In the UK a standard bonus could be up to 20% with 8% as the average. Bonuses in Australia for Fellows can be up to 30% with the average being 11% from the 2018 survey. The UK usually has 100% tax relief on pension contributions whereas Australia charges 15% tax on super contributions.

Of course the cost of living also needs to be taken into account, with housing prices and rents varying greatly depending if you live inside or outside of a major city like London or Sydney. For me I felt that even though Sydney rents and some other costs were higher than I paid in the UK (where I lived outside of London) the Sydney salary more than compensated for this so overall I was better off.

Having worked extensively on retirement annuities before I moved to Sydney I was shocked to discover that annuities were not a big thing in Australia! So the mix of insurance products sold is a bit different between the countries, partly driven by local regulation, with compulsory annuitisation only recently being relaxed in the UK. Group insurance is relatively a bigger proportion in the Australian market vs the UK, whereas level premium term business and retirement products are more common in the UK.

Similar principles apply when working in either country for pricing or valuation, and so actuarial techniques are easily transferred between countries.

My observations are that work culture varies more between companies, than by country. In the UK as in Australia you’d be expected to work longer hours for a consultancy than for a Life Office, but a lot comes down to the manager you have and their expectations on you. I found the Australian work environment similar to what I had experienced in the UK, but this was partly from me assessing companies at interview time if they would fit with the culture I was seeking.

In terms of the people I found there was greater diversity in the countries my colleagues came from in Sydney than I did working in England, although I’m sure there is also greater diversity in London than outside of London. As with all people there are a range of personalities, and so cultural differences just make it more interesting. 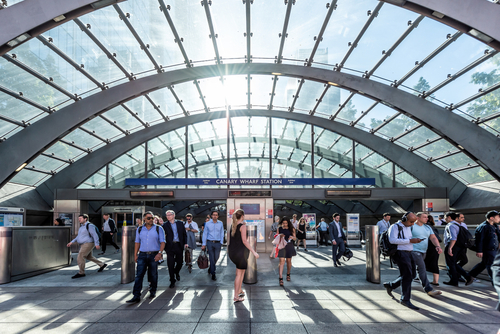 The actuarial market in Australia is very concentrated mostly being in Sydney and Melbourne, whereas in the UK there are actuarial opportunities all over the UK with over half of actuaries in the UK working outside of London. You can work in a more countryside setting (one company I worked for had a stream and swans in the grounds!) or in a major city. Bearing in mind the UK has a population of 66 million people in an area smaller than NSW and Australia has a population of nearly 25 million people, then there are more companies, and so positions, for actuaries to work for in the UK. That said I still feel that demand for actuaries in Australia is as high as is in the UK. 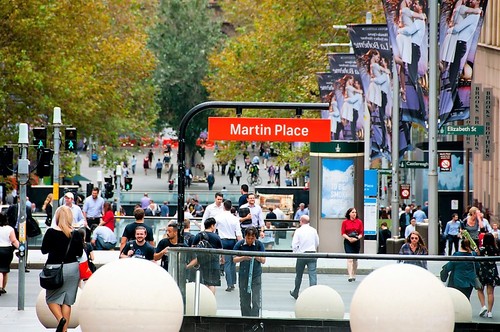 Due to the larger number of actuaries in the UK I found it easier to obtain CPD hours as there were a lot more full day events available than in Australia, and so less conflict for employers to have the majority of actuaries out at one time as tends to be the case in Australia. With the increased availability of being able to watch events online this is becoming less of an issue, but for me networking with other actuaries is one of the highlights of attending events in person.

Although Australia doesn’t seem to have adopted this level of pub/quiz orientated actuarial social meet ups it does seem to have taken to the next level the company Christmas fancy dress party. Not since my university student days had I come across the enthusiasm and effort for fancy dress that the Australians put in! Rarely will you come across this kind of Christmas party in the UK which is common place in Australia it seems.

So in conclusion working in Australia vs the UK as an actuary isn’t so different, but the lifestyle outside of work certainly is!